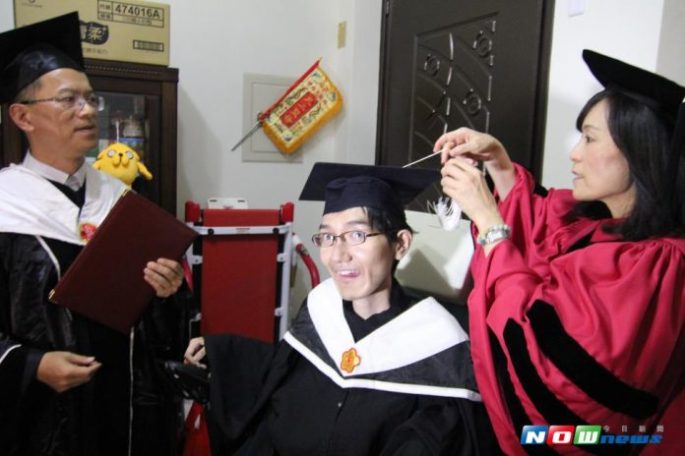 As a child, Guo Youming’s mother noticed that he walked unsteadily and had frequent falls. His condition worsened until he was diagnosed with muscular dystrophy at age seven. The diagnosis was crushing for Youming’s parents, who struggled with guilt and grief as they learned that there was no cure. Youming said that he also wanted to despair, but he realized that he would only be making life harder for his parents. Instead, he refused to let his condition limit him and determined, he says, to “do my best and smile bravely.” At nine years old, he became unable to walk and was confined to a wheelchair. As his muscles atrophied, his limbs lost all function. Today, his mother assists him with eating, using the bathroom, taking a shower, and other basic tasks.

Although Youming had to rely on his mother to wheel him into class, he insisted on never being absent. His positive and buoyant attitude made him a favorite among classmates and teachers, who admired his victorious outlook on life while living with a steadily worsening condition.

At age 26, Youming can only ingest liquids and relies on a respirator to make it through each day. His rapidly declining physical strength didn’t even last through his own graduation ceremony. Yet he passed his oral exam with outstanding marks and earned a master’s degree in Chinese literature. Literature is Youming’s passion, and his thesis is a collection of his poems and other works. It is 100,000 words long, a monumental achievement for Youming, who is only able to type ten words per minute for ten minutes each day, lying on his back and using a mouse to tap on a special keyboard. Youming hopes to pass the civil servant exam in the future.

“We cannot choose our fate,” says Youming, “but we can choose how we face our fate. If life seems meaningless, then we must give it meaning. Whether we pass a day in sorrow or in joy, we still have to live through the day. Why not live it with joy? As long as I don’t give up on myself, God and others won’t give up on me.” 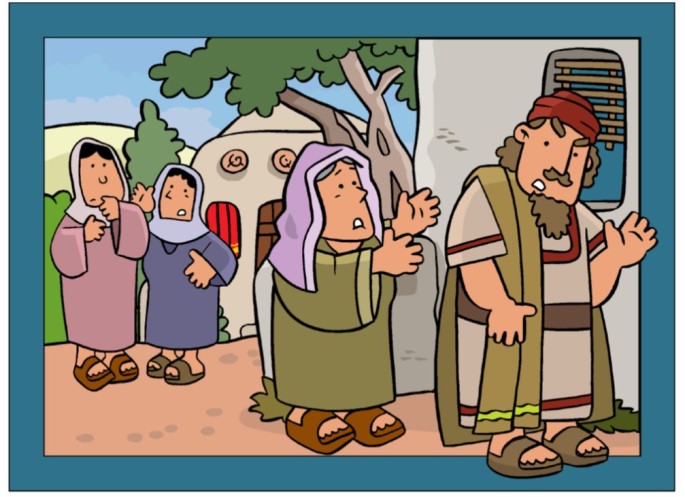 One day Jesus told his disciples a story to show that they should always pray and never give up.

“There was a judge in a certain city,” he said, “who neither feared God nor cared about people. A widow of that city came to him repeatedly, saying, ‘Give me justice in this dispute with my enemy.’ The judge ignored her for a while, but finally he said to himself, ‘I don’t fear God or care about people, but this woman is driving me crazy. I’m going to see that she gets justice, because she is wearing me out with her constant requests!’”

Then the Lord said, “Learn a lesson from this unjust judge. Even he rendered a just decision in the end. So don’t you think God will surely give justice to his children who cry out to him day and night? Will he keep putting them off? I tell you, he will grant justice to them quickly!