Jesus said, “God’s kingdom is like a man who planted good seed in his field. That night, while everyone was asleep, the man’s enemy came and planted weeds among the wheat and then left.

Later, the wheat grew, and heads of grain grew on the plants. But at the same time the weeds also grew. Then the man’s servants came to him and said, ‘You planted good seed in your field. Where did the weeds come from?’

“The servants asked, ‘Do you want us to go and pull up the weeds?’

Then Jesus left the people and went into the house. His followers came to him and said, “Explain to us the meaning of the story about the weeds in the field.” 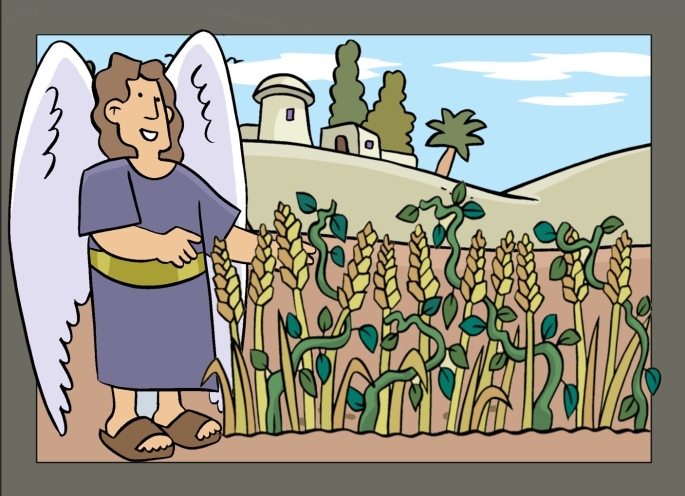 “The weeds are pulled up and burned in the fire. It will be the same at the end of time. The Son of Man will send his angels, and they will remove from his Kingdom everything that causes sin and all who do evil. Then the godly people will shine like the sun. They will be in the kingdom of their Father. You people who hear me, listen! (Matthew 13:24-30;36-41,43)